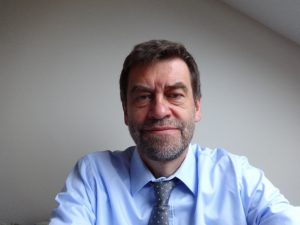 Alex Yakovlev is Professor of Computer Systems Design at the School of Engineering, Newcastle University, where he has been working since 1991. He received DSc from Newcastle University in 2006, and PhD from St. Petersburg Electrotechnical University (Russia) in 1982, both in the field of asynchronous systems. At Newcastle, since 2000 he is Head of Microsystems Group and Founder of Asynchronous Systems Lab, with 55 PhD alumni. He is an international pioneer of low-power asynchronous circuit design and design automation, for which he was elected to Fellow of IET in 2015, Fellow of IEEE in 2016 and Fellow RAEng in 2017. In 2018 He was awarded an IET Achievement Medal for contributions in electronic engineering. His team is well-known for contributions in designing asynchronous circuits, concurrent systems, Petri nets, metastability and synchronizers. His Signal Transition Graphs model underpin asynchronous design automation tools Petrify and Workcraft that are used worldwide in industry and academia. He has published 8 monographs and over 300 papers in top international journals and conferences. He has been Chair of the Steering Committee of ACSD since 2001.